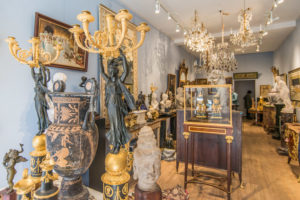 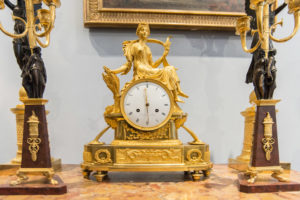 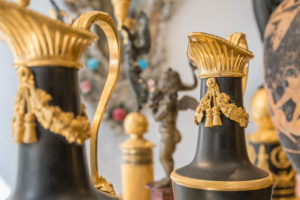 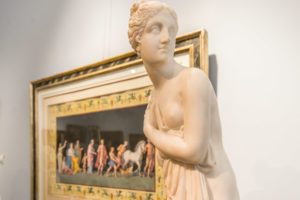 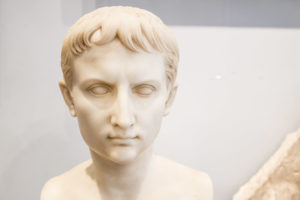 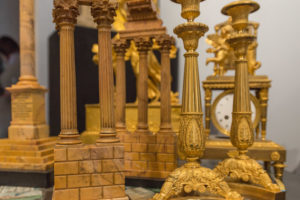 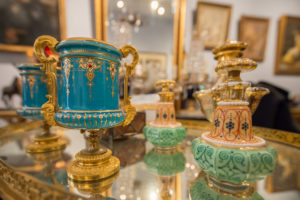 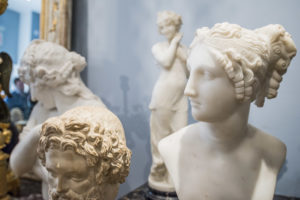 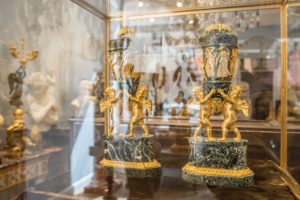 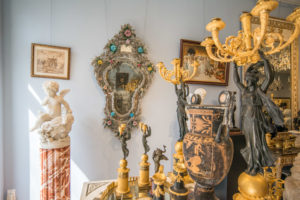 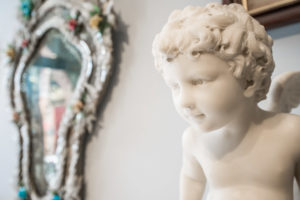 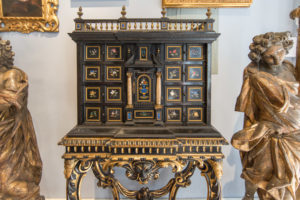 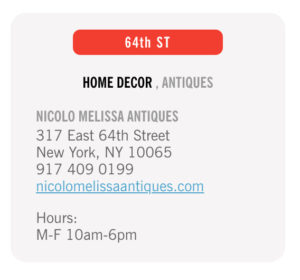 Nicolo Melissa Antiques & Art is a story that combines a personal relationship with a passion for the arts. Melissa Magid met Nicolo Camisa, originally from Italy, when he was studying English in the United States, and the two fell in love. Nicolo had been trained in the family’s antique business since he was sixteen, and so it made perfect sense for Nicolo to open a small antique store in Manhattan with his new bride. Melissa admits that she did not know much about antiques before Nicolo, but when she traveled to Italy to meet his family, and found his home filled with treasured pieces spanning the ages, she recognized the importance of this world that Nicolo had grown up in. And it did not take her long to decide that she wanted to join him as a partner. Though their gallery is completely separate from Nicolo’s family’s business, Melissa told me that they frequently keep in touch with his Italian kin in order to trade secrets and discuss their acquisitions.

A favorite story that Melissa enjoys sharing is when her older son, at the age of two, already seemed to have an eye for fine art: When they took him to the Metropolitan Museum of Art, and he was staring up at some of the paintings on the wall, he gestured to his father saying, “Papa, bring this one home!” Because the young child was so accustomed to accompanying his parents on buying trips, he did not understand the difference between viewing art in a museum and their vast collection that his parents have amassed. Both in their home and at the gallery, Nicolo and Melissa’s two boys are surrounded by Renaissance bronzes, classical sculptures, and micro mosaics. Nicolo quickly added that despite the variety, their collection is carefully curated, and forms a cohesive whole that he hand selects both from travels around the United States and abroad. The gallery specializes in artwork, furniture, and decor from the 19th century and earlier.  Melissa showed us some of her favorite pieces, including a Florentine 19th Century ebony cabinet and a pair of Cesare Lapini white marble angels.  It became clear rather quickly that Melissa is quite proud to run a local, family-owned gallery. As she so sweetly described the first venture that they embarked on as a couple, “This is our first child.”